Songs that inspired The Rock Star of Vampires 🧛‍♀️

It's been a long time coming, but I've finally put the finishing touches on my third book, The Rock Star of Vampires. Believe it or not, I started it in late 2010 but a series of setbacks (taking courses, looking for a new job and other fun, life events) caused the finish line to continually be moved - then earlier this week, I crossed it! 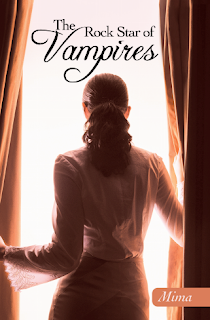 Generally speaking, I prefer to write a book as quickly as possible. I feel that if I start a project and put it aside for any amount of time, it's difficult to get back into the original frame of mind. Plus, dragging it out too long tends to make the project just a bit stale and I start to lose my original passion on the topic.

The interesting thing is that I probably wouldn't have such a pleasing conclusion, had I finished this specific manuscript months ago. In many ways, I had to evolve in my own life before my main character could do the same. Sometimes it is interesting how real life and fiction tend to overlap.


I'm pretty excited about digging in and starting the fourth book in the very near future. In the meanwhile, I'm looking at various options, which include finding an agent. I'm definitely anxious to see what the future brings me!

I will be releasing further details on my book in the future, but for now, I would like to share some songs that were inspiring to me while writing it.


The first is Bullet with Butterfly Wings from the Smashing Pumpkins. Anyone familiar with 90s music will quickly recognize this song. The first line is, "The world is a vampire, sent to drain" which represents a central theme in my latest book in both a literal and symbolic way.

The second song that inspired my latest book is Not in Love by Crystal Castles featuring Robert Smith of the Cure. Some of you may recognize this as a Platinum Blonde song from the 80s. There is something about the vibe of the song that ignited images in my mind, while creating a specific scene in my book. The lyrics also have a literal reflection regarding one particular relationship.

Laugh if you may, but this specific version of this song (and when it comes to music that inspires my writing, it's almost always a very particular version that does so - while another one may not) that created the opening scene in this book. I could visualize the main character and to be honest, was trying to figure out what drove her - and also, what the hell she was roaming around the grocery store! Yup, the song is Like a Virgin by Madonna and if you weren't curious about my third book before, you might be now-)


I ever don't list Marilyn Manson as an inspiration for one of my books, then the world could quite possibly be coming to an end while monkeys fly outside your window. There is a dark, vulnerable sexuality about his music that I've always connected with as a writer. I know a lot of people may roll their eyes at Manson because of his style or past antics, but unlike many artists in the music industry right now, he has a very distinctive style and can take any song and make it his own. This song digs deep into some very raw emotions within my latest book. Check out Speed of Pain.

I love this song. It's so beautiful and I think I listened to it on a regular basis throughout the time I was working on this book. The funny part is that I hadn't realized how much it was connecting with my characters until I was finished. In case you aren't familiar, it is Iris by the Goo Goo Dolls.

Well, I am off to start another book! Keep in touch and keep reading!

Canadian author Mima is known for her complicated and diverse characters, a dark style and for never shying away from controversial topics. To request an interview or if you are interested in doing a book review, please send requests here

Mima is the author of Fire and the prequel, A Spark before the Fire, as well as The Rock Star of Vampires  Her Name is Mariah and Different Shades of the Same Color. Join Mima on Facebook, Twitter, G+ and Goodreads also, check out her Amazon Author Page

For some reading, check out her blogs – personal or writing

Don’t let the fun stop here - sign up for the newsletter!

Mima
Author of Fire, A Spark before the Fire and The Rock Star of Vampires, Her Name is Mariah, Different Shades of the Same Color, We're All Animals, Always be a Wolf, The Devil is Smooth Like Honey, A Devil Named Hernandez, And The Devil Will Laugh and The Devil May Lie. All are available at Amazon, Chapters, iTunes or most online retailers. Check it out at www.mimaonfire.com.
Newer Posts Older Posts Home
Subscribe to: Posts (Atom)

Promote Your Page Too

Mima
Author of Fire, A Spark before the Fire and The Rock Star of Vampires, Her Name is Mariah, Different Shades of the Same Color, We're All Animals, Always be a Wolf, The Devil is Smooth Like Honey, A Devil Named Hernandez, And The Devil Will Laugh and The Devil May Lie. All are available at Amazon, Chapters, iTunes or most online retailers. Check it out at www.mimaonfire.com.